It is safe to say the week of April 11-15 was chock full of excitement and information. We hosted several events, and had the opportunity to attend a few for our first Institute for Women’s Leadership Awareness Week. 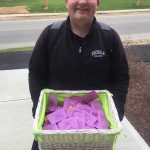 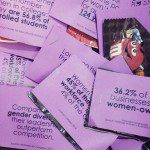 On Monday, April 11, we hosted Candy for Cause. The panel and myself set out with bags of candy around campus. Attached to the candy, there were facts about women in business. 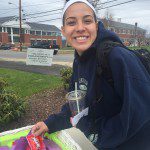 This event was appreciated by the student body because they were given both sweet treat and a fact all in one. In total, we handed out 350 pieces of candy – and facts!

On Tuesday, April 12, the IWL sent out a survey to see what our campus community knew or thought they knew about women in business! This survey was created by sophomores Tyler Hussey and Isabella Sansone who are both on the IWL Student Advisory Panel. In total, we had 92 responses to the survey. One question in particular that stumped over 75% of the individuals who participated in the survey was: Since 1990, the percentage of women in the United States who hold computer and mathematical jobs has steadily increased. Majority of the responses selected were the option “true,” but it is actually false. (See below for full list of facts.)

Also on Tuesday, I was given the opportunity to attend the Corridor Nine Area Chamber of Commerce Business Forward Females lunch, at which President Engelkemeyer was the guest speaker. This luncheon was an excellent networking opportunity. At my table, I was seated with Professor Luanne Westerling, Andrea Becker, and four other women from various businesses. The first 20 minutes were used strictly for networking at your tables. We were challenged to use one word that came to mind when discussing the word leadership. Although a lot of the words used at the table were interchangeable, I chose the word “engaging.” President Engelkemeyer then gave her speech about how, “success, failures, obstacles, decisions and serendipity determined the long and winding path for a little girl that dreamed about becoming a circus bareback rider but ultimately found herself a college president.” She discussed how passion, planning, perseverance, performance, play, and positive attitude were instrumental in her journey. 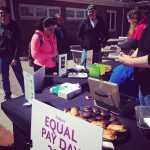 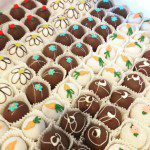 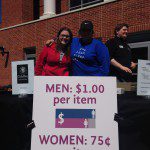 On Wednesday, April 13, we hosted our second annual Equal Pay Day Bake Sale. We had an unbelievable turnout and were able to sell a tremendous amount of baked goods to raise funds to donate to Girls, Inc. At this bake sale, we charged men $1 and women $.75 cents in an attempt to generate both conversation and awareness. The students’ reactions were awesome; women were thrilled while in contrast men were caught off guard. This gave our panel members and volunteers the opportunity to explain the pay gap and the overall goal of the bake sale. 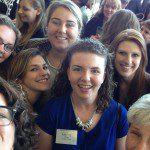 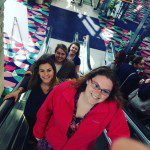 On Thursday, April 14, a handful of the panel members including myself were brought to the Worcester Women’s Leadership Conference. This conference was extremely beneficial and had a lot of very powerful speakers. In the morning, the keynote speaker was Mel Robbins and in the afternoon, Deborah Roberts.

On Friday, April 15, we hosted a #LeanInTogether event in the IWL suite. At this event we invited the entire school to join us and come together and support equality in the work place. The first 100 students that came to take pictures were given @IWL_nichols sunglasses. 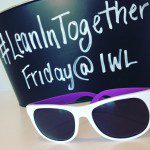 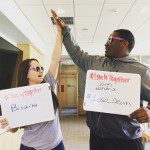 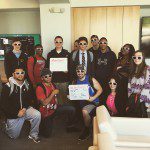 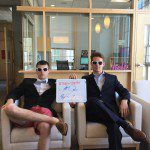 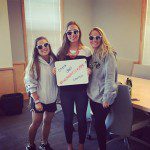 Overall, this was a very successful week and we were able to generate awareness all over campus. Thank you to those who participated and made this week possible.

1. Women represent 47% of the workforce in the U.S. (https://www.dol.gov/wb/factsheets/qf-laborforce-10.htm)

4. Women own 30% of the privately-held companies in the U.S. (https://www.womenable.com/content/userfiles/Amex_OPEN_State_of_WOBs_2015_Executive_Report_finalsm.pdf)

5. Since 1990, the percentage of women in the United States that hold computer and mathematical jobs has actually decreased. (https://www.census.gov/prod/2013pubs/acs-24.pdf)

6. In the retail and hospitality industries, gender-diverse businesses have 14-19% higher revenue than those with less diversity. (https://www.gallup.com/businessjournal/166220/business-benefits-gender-diversity.aspx)

7. Increasing the levels of female employment could help raise the GDP in the United States by 5%. (https://www.imf.org/external/pubs/ft/sdn/2013/sdn1310.pdf)