Being a senior in college, especially at a business school, I feel I should be proficient in networking. But when given the opportunity to put these skills to a test last spring, it is safe to say, I was less than pleased. It was a male-dominated setting with significantly older professionals, and I found it a little overwhelming. Improving these skills quickly became a top priority for me. From that day on, I now take the initiative to attend any and every networking opportunity that I am offered. In addition, I also suggested that the Institute for Women’s Leadership hold a networking event. 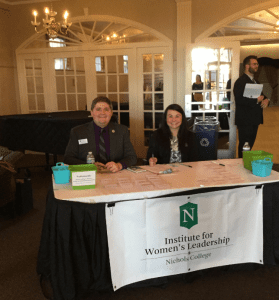 After weeks of preparation, we recently hosted our first-ever Student-Professional Networking Social. The IWL invited faculty, students and professional guests to come together in Daniels Auditorium. The evening was separated into two parts: the first section was speed networking and the second section was a “mocktail” reception. 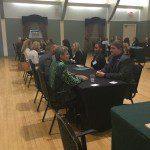 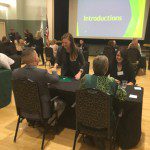 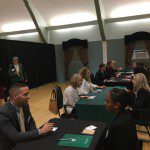 For the speed networking 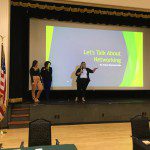 section, students and professionals were paired up for five minutes to have one-on-one conversations that were guided by prompted questions about networking. At the end of the five minutes, students would rotate one seat to the left, giving them the opportunity to speak with nine professionals over the course of the evening. During this time, the room was buzzing with conversation! 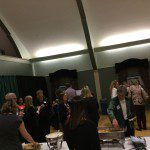 The “mocktail” reception that followed was a fun and interactive way to simulate an actual networking event. This portion of the evening enabled students and professionals to circulate around the room and connect with individuals that were of interest or professionals they had not had the opportunity to meet. A lot of the attending professionals spoke very highly of the Nichols students whom they had met throughout the evening. It was a night full of great conversation, networking advice, and connections.

All in all, this was a great event that I believe students and professionals alike were able to benefit from. In the future, I hope the IWL will host more Networking Socials, and who knows, maybe I will even get to come back as a professional in the near future!