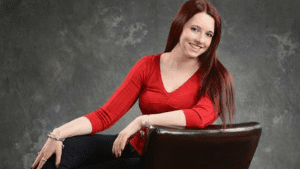 Women are looking for equality in the workplace. We have been fighting for equal pay, equal opportunities, and fair treatment for years. Women have been banding together to try to obtain these goals. We take pride in fighting for things that are important to us. Today’s women have become much more independent than women of previous generations, trying to rely less on men and more on ourselves and our female counterparts. But, men don’t have to be our enemies in the workplace—they could be our allies.
While some people are against this, saying it is a women’s fight, men could be helping us out the most. If we remain divided, women will only be able to get their message of equality so far. We need to consider men a valuable human resource! Men are doing things that they have never done before—choosing to be stay-at-home dads while the wife goes to work full time. More men are trying to fight for longer paternity leave. Men are seeing what women go through and are speaking up more and more to help their female colleagues in the workplace. But why is it that, suddenly, men are in our corner?
Think about the roles men are assuming now as I just explained them. These are the positions that women have been in before. Men are experiencing the unfairness that comes with being a stay-at-home parent, the perceived “shame,” and the unpaid leave to spend time with their newborn (and they get less time). As time progresses, men are gaining a new perspective on life through the eyes of traditional “women’s” roles. Because of this perspective, men are starting to see that their mothers, sisters, aunts, and significant others are working harder than ever and have less to show for it. There is still a significant pay gap that we need to close. A woman make 78 cents for every $1 a man earns. In many ways, a double standard still exists in the workplace and an unwritten code about how women should act in general. How can we progress towards change?
This is where #LeanInTogether comes in. As a part of the Lean In effort, men are now being encouraged more than ever to take a stand. When men see their female colleagues being treated unfairly, they need to say or do something about it. When a woman gets called “bossy” for demonstrating behavior of a male leader, men are being encouraged to recognize, and help others recognize, that this is a double standard. Men should call attention to gender bias and educate those around them about how and why this is unacceptable. Men and women can work together without the traditional male and female role in the workplace. 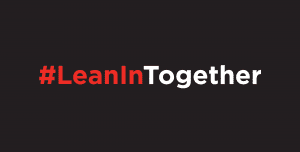 Want to #LeanInTogether? Here are some tips about what you can do.
Women: Fill in your male friends and colleagues about the #LeanInTogether movement. Get them involved and bring them along with you to a Lean In circle meeting. By creating these allies, more people will become aware of how important this is.
Men: Join one of the circle meeting groups. Speak up when you see gender-biased behavior (i.e., a woman is asked to take meeting notes, a woman’s idea is ignored in a meeting, etc.). Advocate for the women around you! Go in with an equality mindset. It can be contagious!
Equality, much like charity, starts at home. Be equal with your partner. Divide housework and responsibilities up 50/50. Compromising is key. If you have children, let them play with toys outside of the typical gender stereotype. Use gender neutral phrases. Teaching the youth about equality will only benefit the future.
We can be the generation that helps bridge the professional gap between men and women. Let’s use social media proactively to show how we all #LeanInTogether.