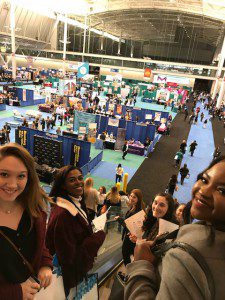 A group of eight students represented Nichols College at the largest women’s conference in the country this December in Boston. The 13th annual conference consisted of keynote speakers Viola Davis and Meryl Streep in addition to female icons such as Gloria Steinem and Diane Von Furstenberg as well as breakout sessions led by experts on issues that impact women. Mayor Marty Walsh and Governor Charlie Baker spoke to the accomplishments of Boston and Massachusetts regarding women’s empowerment. The exhibit hall hosted a variety of pavilions including a Women-Owned Business Marketplace. Our attendees gave testimony on their experience at the 2018 Conference.

“The Massachusetts Conference for Women was one of my first and I knew from the moment that I walked in it would be life-changing. There were so many notable speakers like Viola Davis, Meryl Streep and some of my local favorites like State Street and Etsy. 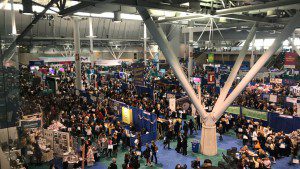 There were small shops with women selling tiny things like scarves to innovations that could change the lives of women everywhere. The atmosphere felt very close-knit and united; I felt like everyone was there to better the women around them even the ones they did not know yet.” –Patricia Louidor ‘20

“This was my first year attending the Massachusetts Conference for Women and it was more impactful than I could have imagined. Besides the fact that there were famous names on the agenda, the feeling of being in there with 10,000 other women was hugely impactful. 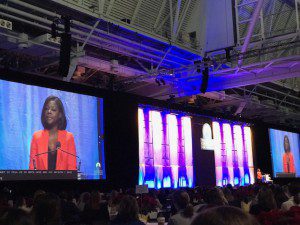 Viola Davis spoke about what she had overcome in her life and it deeply moved me. Every session that I attended only multiplied the feeling I had while listening to Viola. She spoke about times where she tried to hide from who she is and leave it all behind and how that hurt her (in life and in her career). She spoke about owning every experience, including the terrible ones, to be the truest version of herself and that is something I will not soon forget. Viola concluded that if every woman could own every part of themselves and not internalize negativity, there would be no shame. And then, without shame, women will not be stopped. I absolutely loved every minute of the day.” –Rachel Ferreira, Director of the Institute for Women’s Leadership

“It was my first time attending the Massachusetts Conference for Women and I was impressed with the wonderful keynote speakers and the participants. My favorite speakers were Viola Davis 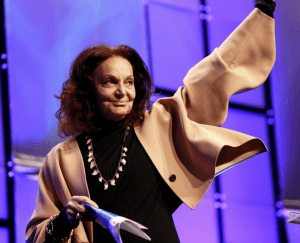 and Diane Von Furstenberg, I loved their inspirational stories and life lessons that they shared. It was a wonderful day all around, the energy was fantastic and I can’t wait to attend next year!”                       -Marshalee Johnson ‘19

“I am so thankful to have been able to attend the Massachusetts Conference for Women. It was one of the many opportunities that Nichols has provided me with that I wouldn’t otherwise get the chance to experience. The day was filled with inspirational speakers, and I learned a lot. Given the current circumstances and unsettling daily #MeToo social media posts, it was great to be surrounded by such inspiring and empowering women. I was most affected by the energy in the room. There was a feeling of optimism that I have not felt in a while. While people like Gloria Steinem and Meryl Streep 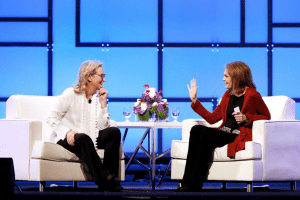 were speaking, you could see every woman in the audience hanging on every last word they said, feeling emotional and inspired all at the same time. I could tell that I was experiencing something big, and that it was a moment I should not take for granted. I am happy to say that I left feeling optimistic about what the future holds for women.” -Megan Nathanson ‘20